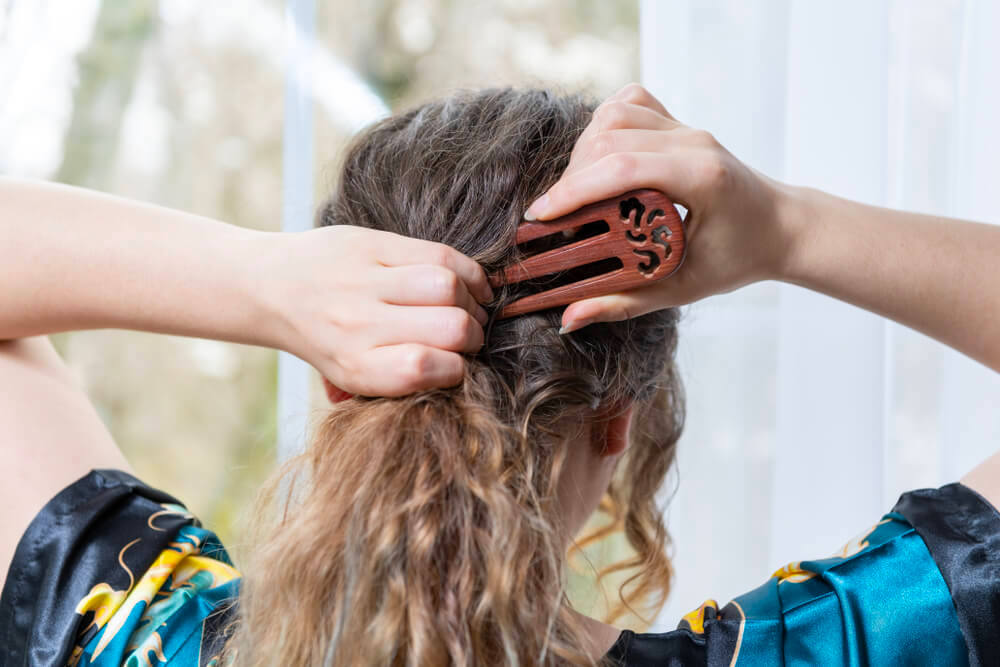 Have you ever wondered what the history is behind your favorite hair accessory?

Probably not, but the answer is still fascinating…

The Earliest Days of Hair Accessories 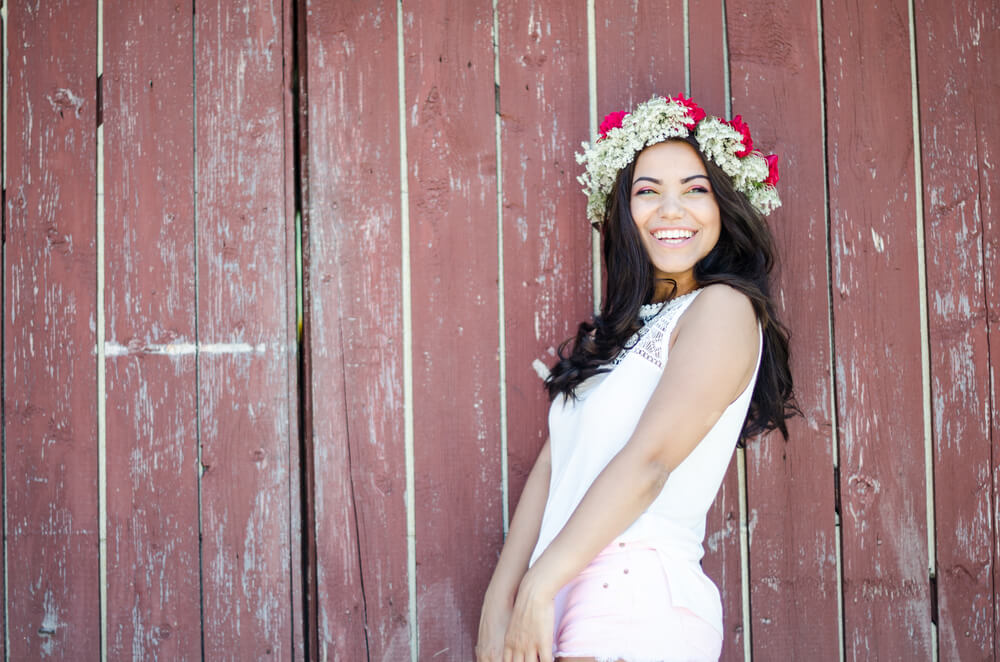 Hair accessories have actually been around for, pretty much, as long as humans.

Hair accessories date back to prehistoric times, when people would use the most basic one-pronged stick, obviously made from natural materials that were found around them, to hold their hair back.

This natural trend is one that has been seen in the hair accessories of ancient cultures all over the world, such as:

These natural materials were all items that people admired when they found, which is why they looked for a way in which they could be turned into something functional.

The fact that hair accessories are not only ornamental, but also functional, are what have given them their staying power.

In fact, just about every modern hair accessory we know and love today can be traced back to so many centuries ago… 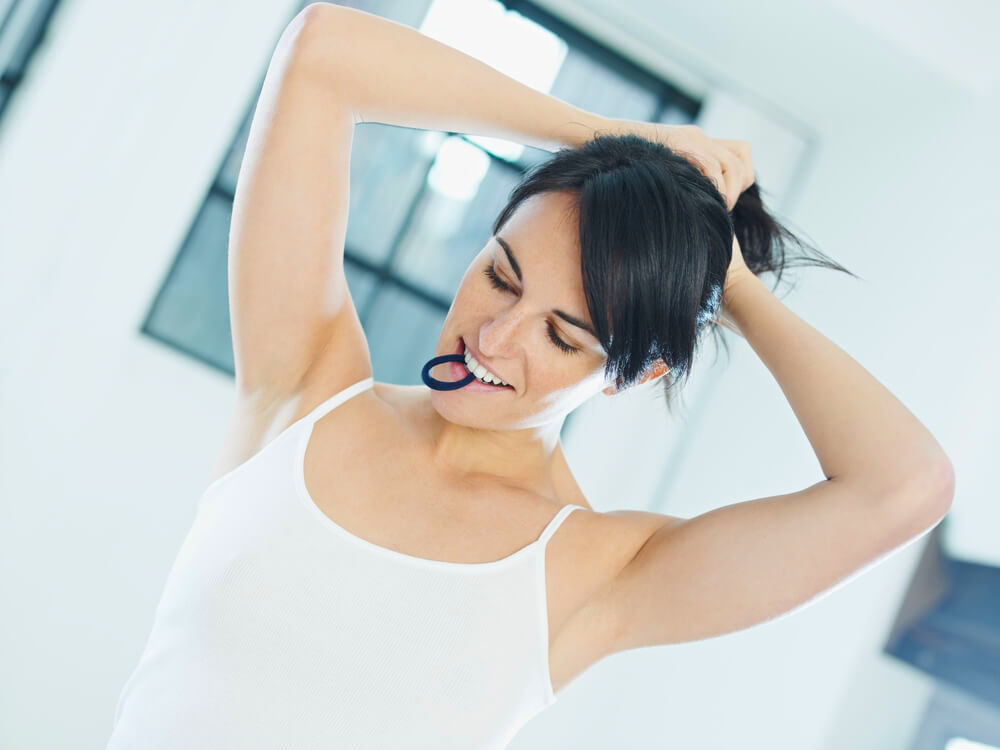 Elastic bands are probably one of the most commonly used of hair accessories, but they looked completely different when they were first conceived.

Of course, it goes without saying that elastic didn’t exist back then, which is why the hair rings of Ancient Europe were made from precious metals, such as silver and gold. Those who were especially wealthy would also have precious gems and stones embedded into their hair rings.

In Egypt, hair rings were usually made out of pottery, alabaster or jasper. They were also used as a way to display a person’s social status.

It can be hard to imagine how these rings, which would have been extremely inflexible, would have managed to successfully hold a person’s hair up, but it seemed to have worked for women of that time!

So, when did it all change?

It was as recent as the 20th century, when rubber and elastomeric fibers began to be commercially produced. These were soon used to produce hair ties and scrunchies, making the inflexible hair rings obsolete. 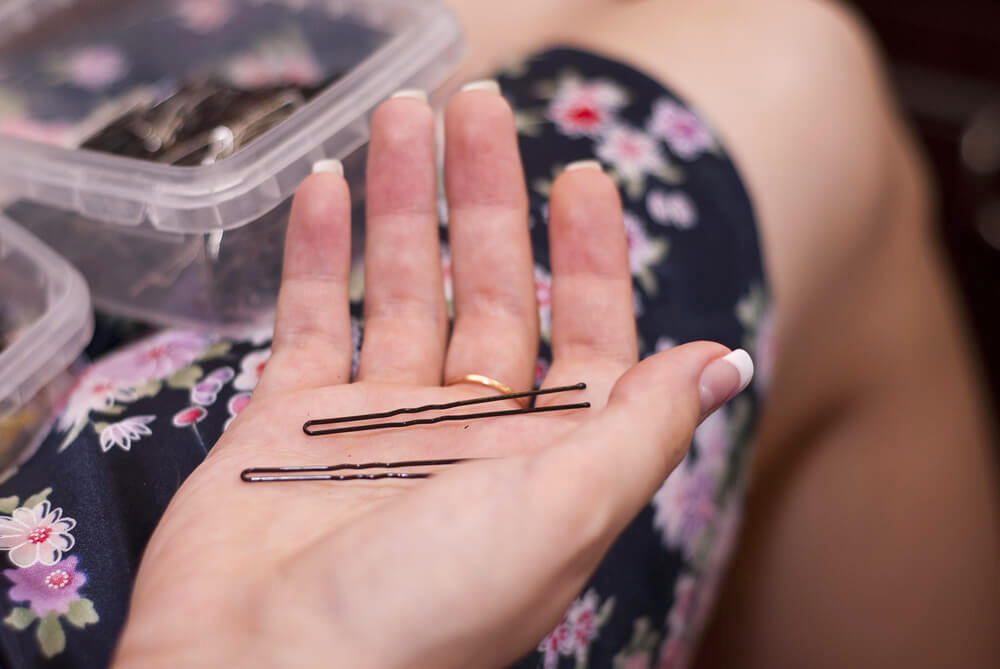 Couldn’t manage without your bobby pins?

Neither could women of the past, which is why hair pins have been around since ancient times.

Of course, they didn’t look like the bobby pins of today…

The pins of the past looked quite different depending on where in the world they were made, as well as the purpose for which they were being worn:

These were worn all over the world, from Europe to South America. In fact, Mexican women were known for their fantastically colored barrettes, which were both functional and decorative.

These barrettes would usually have an ornamental face, and underneath this would be the spring clip that would hold the hair together. 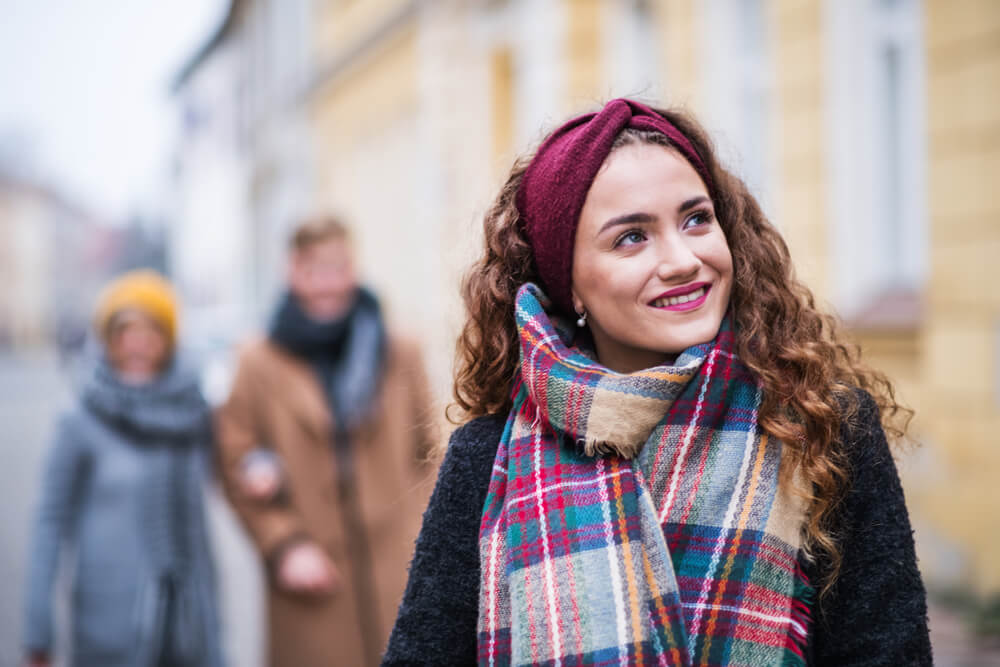 Headbands are another accessory that easily combine functionality with a more ornamental aspect.

The earliest headbands are believed to date back to 3500 B.C, when Mesopotamian people would use headbands to hold their hair back.

They were used by both men and women, and consisted of a large circular shape that would be placed onto the crown of the head.

At the start, just like the hair rings mentioned earlier, these were made of metal and other hard materials.

However, as time went on, these metal bands slowly became replaced with fabric bands, making the headband more functional than ever. Again, this was a hair accessory that was worn by both men and women all over the world, from China to Mexico. 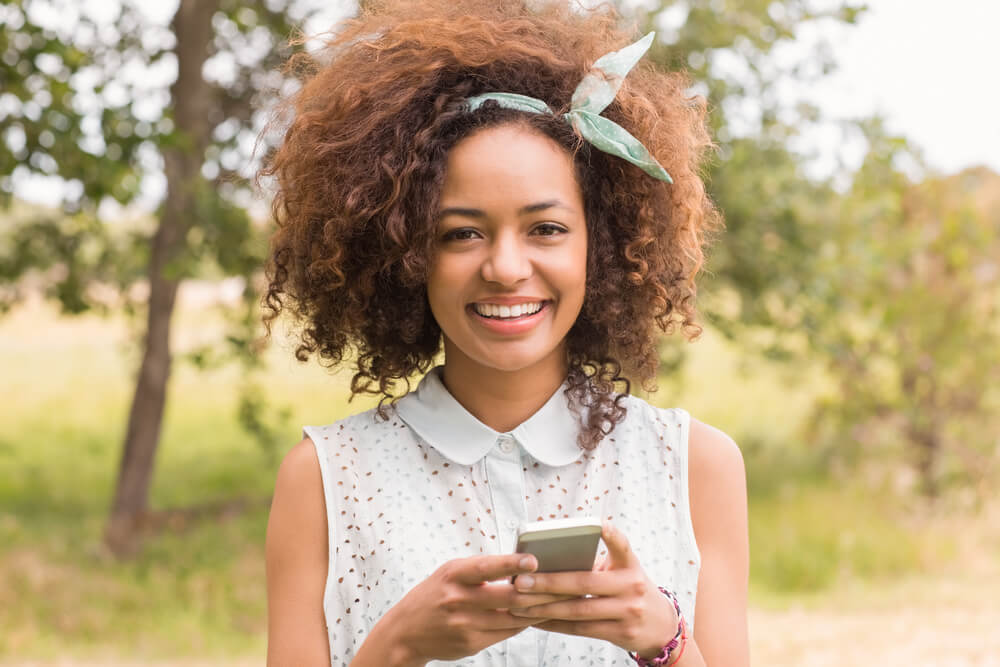 While many of the other hair accessories on this list date back to ancient times, ribbons and bows are accessories that are more recent than that…

It is believed that ribbons and bows first rose to fame in the 17th and 18th centuries in Europe.

Because, at this time, there was such a strong emphasis on extravagance and materialism. As you can imagine, the bows and ribbons of this era were quite large and flashy, with many using them as a way to display their social standing.

Women of all ages, from children to the elderly, would wear ribbons in their hair. They would use these to both tie and wrap their hair up, while also binding it.

Since fashion was a big thing back then, these ribbons would be specifically chosen to match the dress color of the wearer.

It wasn’t just the women that would wear ribbons either…

Have you ever heard of a love lock?

This is a hairstyle that men would have. It consisted of a section of hair that was grown longer than the rest of the hair, and then this would be tied off with a ribbon.

Even for the men who wore wigs, ribbons still came in handy…

These wigs would usually be adorned with a variety of different ribbons and bows.

Bows and ribbons continued to be popular well into the 19th century, especially after the Marcel wave hairstyle was created in the mid 1800’s.

However, once the 20th century rolled around, things started to change…

Ribbons and bows fell out of fashion, and it wasn’t until the 1940’s that they made a re-appearance.

This re-appearance was a big one, and ribbons and bows were seen on so many different hair accessories. They were also made from such a wide range of different fabrics and other materials, be it silk with gemstones or lace with flowers. 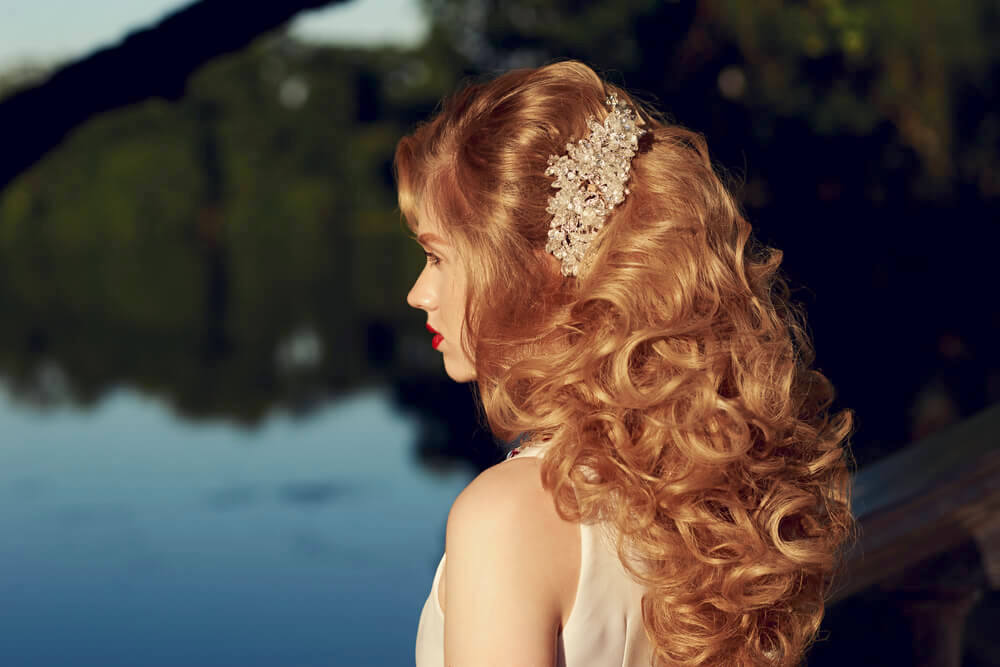 The modern banana clip dates back to the Stone Age, when people used to use hair combs to decorate, as well as hold back, their hair.

Like most of the other accessories on this list, hair combs remained popular due to the fact that they were extremely functional. Not only did they look decorative and hold the hair up, but they could also be used to comb the hair.

These hair combs looked quite different depending on where in the world they were used, such as:

These are used to fasten long hair into a ponytail, and while they may not be as currently popular as some of the other hair accessories on this list, it is only a matter of time before they make a big comeback.

While a hair net is not an accessory that you are likely to wear for fun, these accessories are still used in factories and other industrial processes, as a way to keep long hair enclosed and out of the way.

Netting was first used in the hair by the Roman Empire, and continued on to Western Europe in Medieval times.

Hair nets were frequently used in China too during the Song Dynasty, when a black net would be used to cover up hair buns, before being decorated by ornaments made out of jade and other precious materials.

In the 1940’s, when more and more women started to work in factories, these hair nets were vital. However, rather than wearing plain, conventional hair nets, these working women used their hair nets to add some color and excitement to their outfit.

While beads were used by cultures all over the world, it was West Africa that really cemented their popularity.

Beads are a key part of the cornrowing process, which originated in West Africa but quickly spread throughout the continent, before being brought over to the rest of the world.

It refers to tying the hair into small, tight braids, and there are a number of different patterns and styles that can be created. A few beads are usually tied into the end of each braid to add some more texture and interest to the style.

Cornrow hairstyles can often take several hours to create, and this is something that many women in Africa used to labor over for hours. However, if a woman had a husband, and he happened to be away from home for whatever reason, the beads used for cornrows, as well as the other ornaments that would sometimes be added in, were considered to be unnecessary.

It was in the 1970’s that cornrows became popular in the Western world.

Due to the movie “10”, which starred Bo Derek. The much-loved actress had her hair styled into cornrows for the movie, and this inspired many other Western women to give the style a try.

Many people immediately associate hair forks and sticks with Japan and other Asian countries, and it is true that those cultures have been making use of these hair accessories for centuries.

The sticks, which were sometimes more of a fork, would be used to hold long hair in place, after it had been wrapped around the head and then knotted.

These accessories were worn in Japan well into the 20th century, but they slowly died down after that.

Mostly due to the fact that many Japanese women chose to don European hairstyles, along with clothes, instead.

However, hair forks and sticks can be traced back to other cultures too…

Native Americans made use of these hair accessories too. Theirs tended to be made from a wide range of different natural materials, and were usually always carved in quite an elaborate way, giving them a very ornamental look.

In the past, hair accessories were seen to be quite the status symbol, and while they may not be used for that purpose today, their functionality, along with their decorative aspect, has helped many hair accessories to remain popular. From the humble headband to the elastic hair ties that just about every woman today has at home, knowing about the history of your favorite hair accessories will definitely give you a whole new appreciation for them! 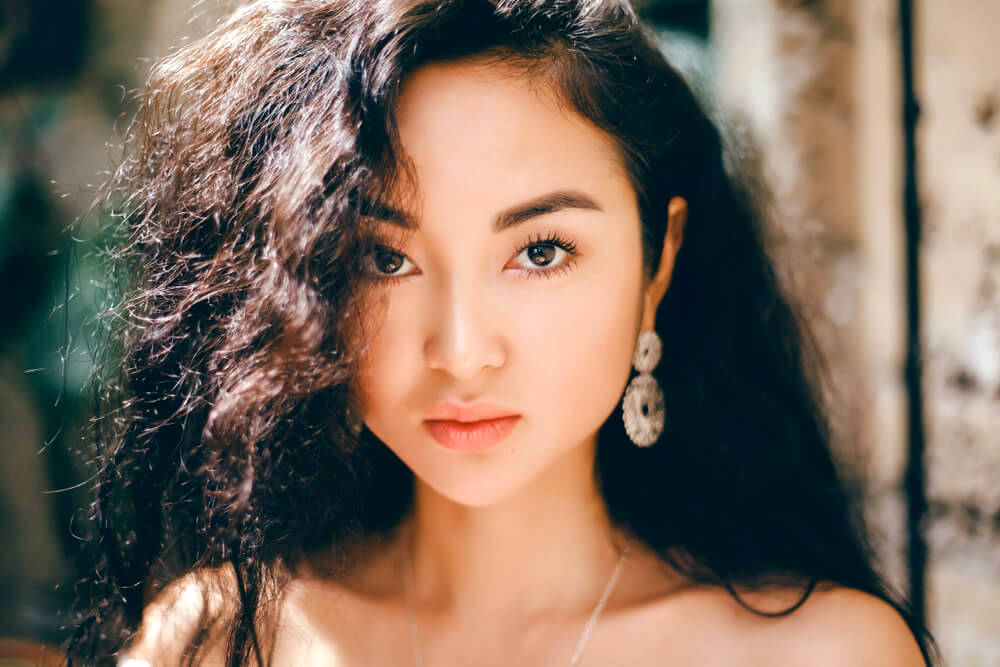 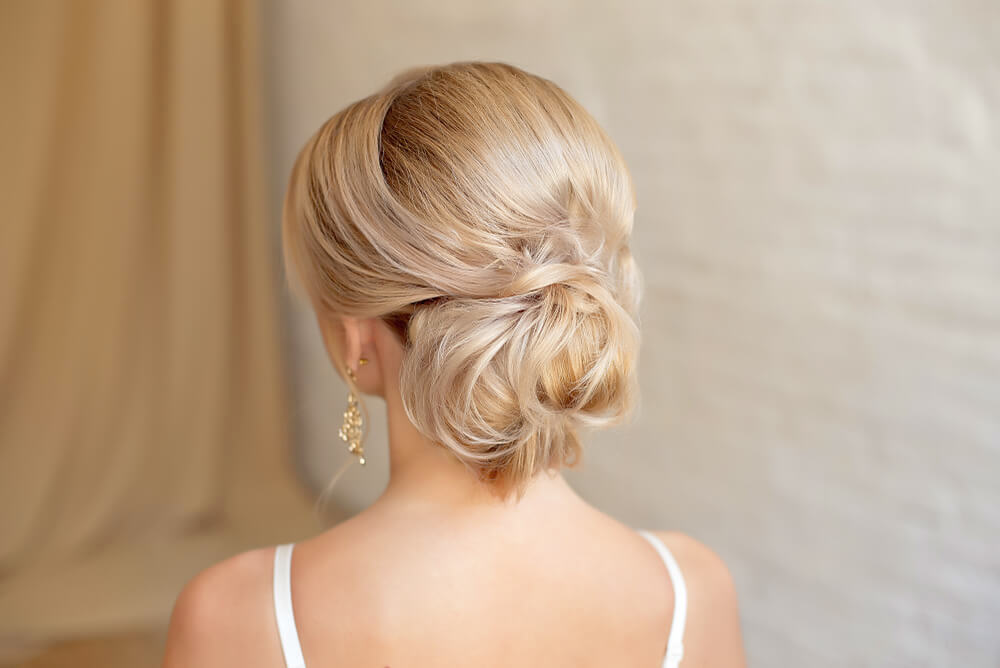 These Elegant Hairstyles Are Perfect for Formal Occasions 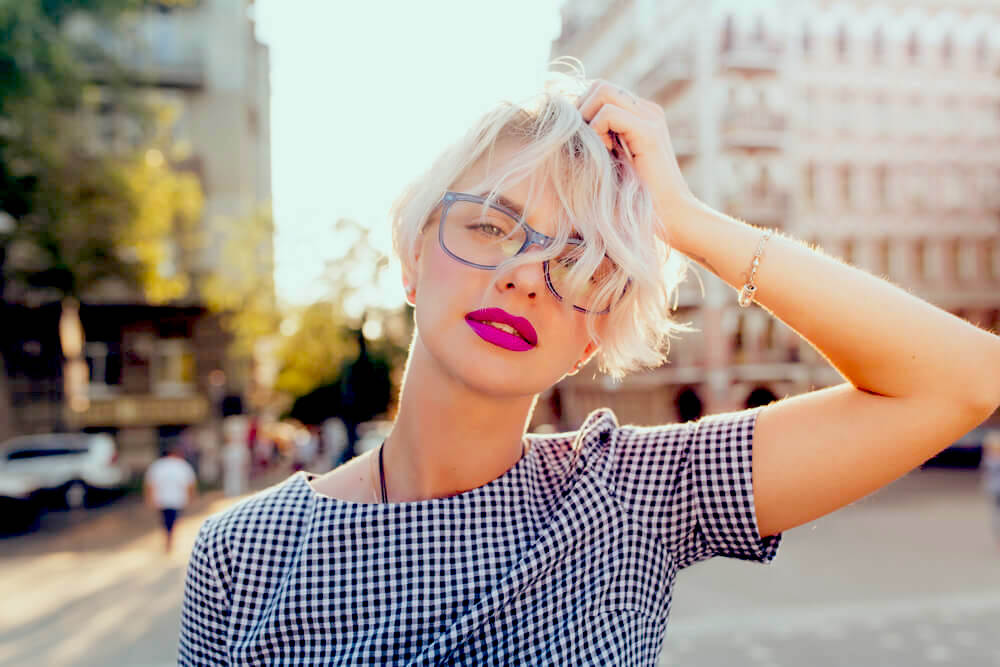 The Best Short Hairstyles with Bangs

NOT TESTED ON ANIMALS

TESTED & APPROVED IN THE USA
Back to top
We use cookies to ensure that we give you the best experience on our website. If you continue to use this site we will assume that you are happy with it.
OK, Got it More Info